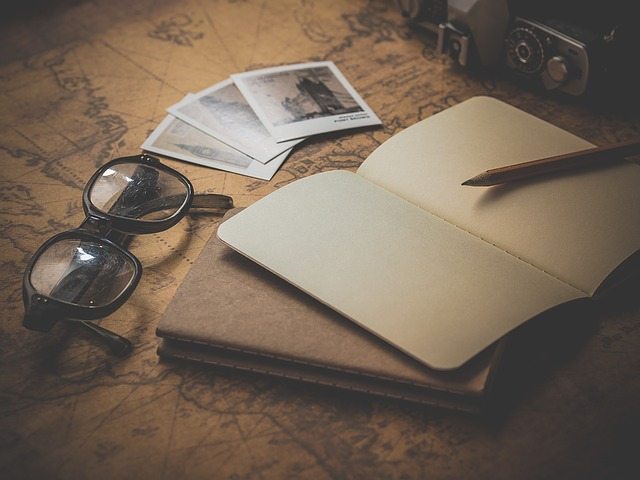 So how do you start planning a speech or blog?

Easy. Start at the end and end at the start!

There are two questions I get asked frequently. At first glance, they don’t seem closely related but they are. The first is, “How do you come up with ideas and start writing a speech?”. The second is “How do you write a good headline or opening?”

These two simple questions touch on two of the most important parts of planning a speech or a blog.

Why you should start at the end

There are some popular statistics which suggest that immediately after a 10-minute presentation, your audience will only remember 50% of what you said. A week later, they’ll only remember 10%. The stats for written material are little better. I have read that these figures are in fact controversial but what isn’t in dispute is that people will only remember a limited amount of what they listen to or read.

That means you have to give your audience or readers “stand out” snippets to make remembering easier for them. And you’ve got to have a memorable overall message.

And one of the best ways to achieve both those objectives is by knowing exactly where you want to take your reader or audience. In other words, you must have a clear idea of your final destination before you start filling in the detail which will take you there. Let me explain.

I call your overall message, your destination because it’s where you want to arrive at the end of your writing or speech. Where you want all signposts along the way to point towards. It may be just a conclusion, a moral stance or even a compelling call to action of some sort. It won’t necessarily form a line in your speech or blog but you need to know exactly what is before you start writing. Forgive the cliché but I also call it your destination because as we all know, if you don’t know what your destination is, you’re unlikely to get there. It’s that simple.

You may have a lot of information to convey, but without knowing the overall message / point / destination of your post or speech, it risks just being a jumble of interesting information.

So for example, a while back I had to deliver a speech which included a number of stories about the details of the lives of my grandparents and others of that generation. My grandparents lived from 1905/6 to the early 1990s.  I had lots of really interesting but very diverse material about all sorts of people from that generation. I could have spoken at length but with no particular purpose or destination in mind.

In order to make the speech compelling and in order to develop it in a logical way, I had to identify a common theme, a moral message, a destination.

I started with spend time with the elderly, which developed into spend time with the elderly because they have some really interesting stories to tell (pretty crap right?) but in the end it evolved into (if not very succinctly put) spend time with older family members and ask them to tell you their stories so that we do not forget what they had to endure. By the way, that wasn’t, of course, my closing line, just the message that I wanted to convey and wanted my audience to take away with them at the end. Straight away, half my material became irrelevant, not because it wasn’t really interesting but because it didn’t support the central theme of remembering, endurance and sacrifice.

Straight away it also threw up some ideas for a powerful way to end my speech as well how to begin, for example, They sacrificed, so you don’t have to endure.

It is so easy when writing anything to allow really interesting material which isn’t strictly on point to slip in. If you know what your message is, it’s still tempting but preventable with a quick cross-check with your destination. If you don’t know what your message or destination is, well, it’s going to be hard to avoid. And whilst it might leave you with some interesting information, it will dilute the strength of your argument or persuasion. What’s more, your research will be much less efficient.

Once you know your destination, your content maps itself out almost automatically

I was talking to someone just last night who has to write a persuasive speech. She can choose any topic she likes. ‘What on earth should I talk about?’ she asked. So we played around with what she feels passionate about and she decided that right now, she’s passionate about taking opportunities when they arise which get you out of your comfort zone. Instantly we could plan her research: she could start with any anecdotal, first-hand experience she had had and then research interesting statistics on how many people try something new and how often, as well as researching historical or interesting personalities who’ve taken a risk and it’s paid off. All that research will be cross-referenced to check it supports her message/destination.

What about objections or counter arguments? 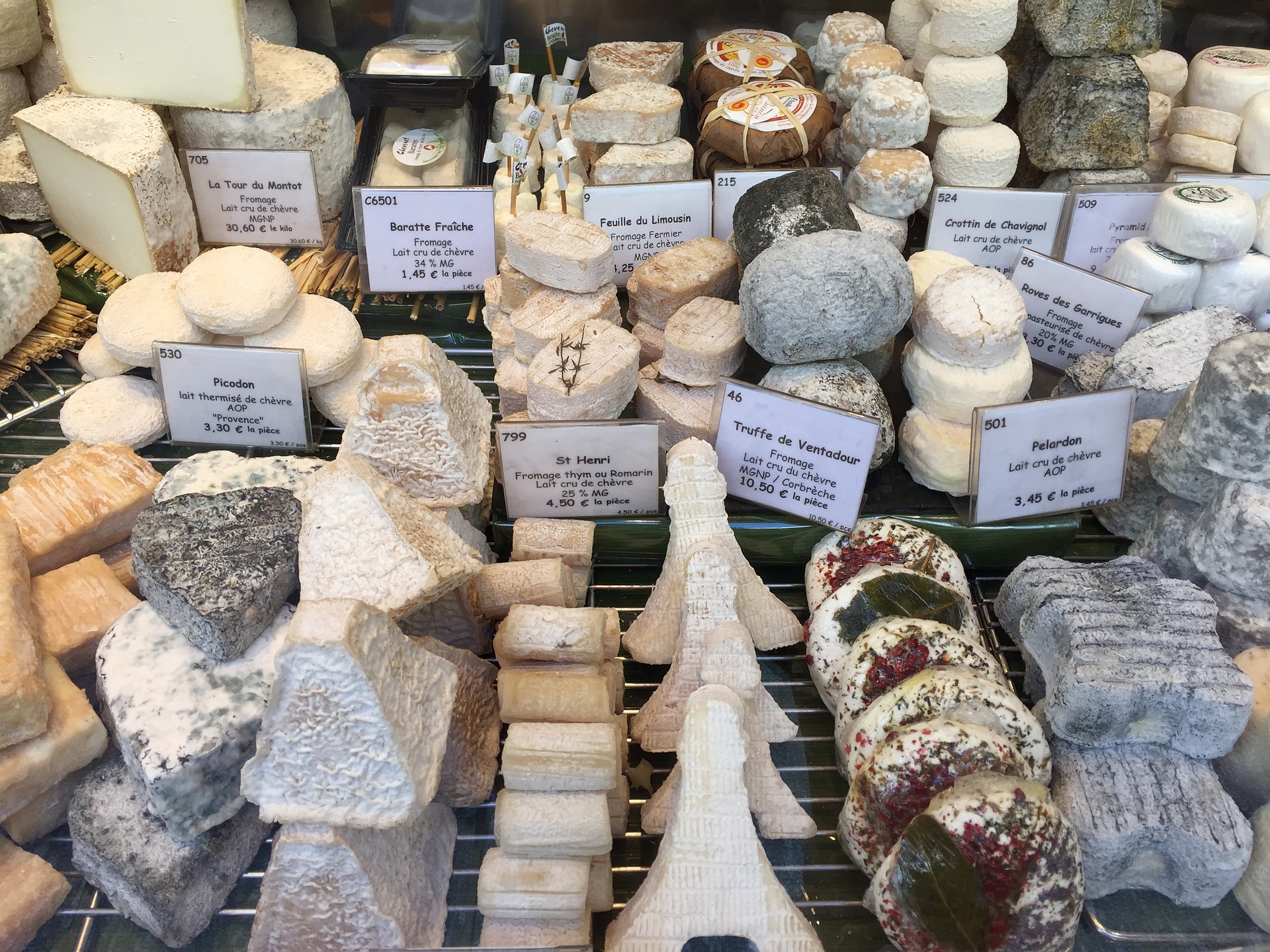 The other day I had to deliver an 8-minute impromptu speech. I was given the previously unknown (to me) topic of How do you govern a country with 457 different kinds of cheese (France – just in case you were wondering and actually they have 365 – but the UK have over 700!). I had 10 minutes to plan and write my speech. 10 minutes really isn’t long but an idea for a great opening in French (Bienvenue en France, Vivre la France type thing) instantly popped into my head. And as I thought about the meat of my speech, I realised I could talk a little bit about the politics of France and the mindset of the French people I know. Great. I quickly had lots of info and stats which I jotted down in a logical order.

But that left me with very little time to think about my ending and my destination. The result was that I then had to craft my destination to fit my content. That wasn’t easy and left me with no compelling overall message. In the end, I came up with a line about not asking them to eat cake (Marie Antoinette reference) but to be honest, there was a disconnect between my beginning and middle, and my end.

Had I planned my end first, I’m pretty sure I could have made it a lot more powerful. I could also have done what I call completing the circle. Or in other words, I could have referenced my closing statement at the beginning in my opening lines, perhaps by talking about cake and cheese or the ravenous French or something like that.

So end at the beginning

Once you’re clear on your destination, and your content is planned, then go back to the beginning and plan your headline and opening. My headline and opening are usually the last things I write. It means I can pick up any language or phrases or even just the theme that I know I’m going to use, and reference it at the beginning.  It makes the headline easier to write. Will you step out of your comfort zone? What did your grandmother endure? Or my French opening line could have been – Well the French may love cheese but they’re not keen on cake – then I could have adapted my content and perhaps drawn an analogy between the French political mindset and cake and cheese. And still ended with my cake reference punchline Whatever Macron does, let’s hope he doesn’t ask them to eat cake.

So there you have it. When you’re planning to write a speech or a blog, start at the end and end at the beginning. It’s obvious really.

Don’t forget, if you need any help with either your speech writing or your blog, just get in touch.